Well Nepal offers Phuket and Bangkok tours, an exciting 6-day itinerary to explore wonderful Thailand. This is an amazing tour package of Five nights and Six Days where you will get a chance to explore the major sightseeing and wonderful places in Thailand.

Located in the heart of mainland Southeast Asia, Thailand is the only Southeast Asian country never have been colonized by a European power.  It is known for its beautiful nature, country of Mountains, hills, delicious mangoes, and strict rules about the conversation in its monarchy. The country's land-based maximum north-south extent is approximately 1,600 km, and its maximum east-west extent measures approximately 870 km.

Thailand is a Buddhist kingdom and one of the world's most renowned holidays destination, with a wide variety of things to see and do, from culture, religion, food, nature, water, adventure, sports, and also relaxing activities. You can get the best of the ocean, beaches, parties, and seafood tests while Thailand tours with us.

Phuket is Thailand's largest island which lies in the Andaman Sea on Thailand's Indian Ocean coast located 867 Kilometers south of Bangkok. Phuket is famous for a number of things like exotic beaches, vibrant nightlife, colorful night markets, delicious seafood, white marble, Big Buddha, and Scuba diving. The mountain of Phuket forms the southern end of Phuket and these islands are home to many high-end seaside resorts, spas, and restaurants. The famous temple in Phuket is the Big Buddha and Chalong Temple.

Bangkok is the capital city of Thailand, which is covered by an area of more than 1500 square Kilometers. The city is known for its street life and cultural landmarks, as well as its red-light districts. This area facilitates visitors with a beautiful view of Thailand's human settlement, Buddhist temples, several shopping centers, and traditional ways to explore the waterways of Thailand. It has topped the list as the most popular tourist destination in the world. Bangkok Royal Temples include the Grand Palace and Wat pho.

3 Nights hotel accommodation at Phuket with Breakfast.
2 Nights hotel accommodation at Bangkok with Breakfast.
All airport transfer, Sightseeing by a/c Private Vehicle as per the Itinerary.
International Flight tickets.
All applicable Taxes, Donation.
1 Lunch as per the Itinerary.
Lunch, Dinner & Other personal expenses.
Additional Service and Cost.
Anything not mentioned in the head Inclusions.

At (your arrival time): you will arrive in Phuket. Our representative will pick up you and transfer hotel. overnight at Phuket.

Have your breakfast at the hotel then you will be heading for your full-day Phiphi Island tour, enjoy the Coral beach and afternoon Lunch at Phuket beach. overnight at Phuket.

Have your breakfast at the hotel then you will be taken sightseeing to explore the beauty of Phuket which includes the Big Buddha, Chalong Temple, and Phuket Fantasea. after finishing your sightseeing, you will return to the hotel, overnight at the hotel Phuket.

After breakfast at the hotel at 7:00 am, check out and transfer to the airport for the flight to Bangkok. you will reach there, and after that, you will be taken for half a day sightseeing in Bangkok's beautiful temples including Chedi Phu Khao Thong, Wat Traimit, & Wat Phra Sri Sanphet. The rest of the time is your personal time. At night you can explore the local markets and culture of Bangkok, overnight at hotel Bangkok.

After breakfast in the hotel, you will be taken to the Safari World and Marine Park. There you can find varieties of animals like Zebra, Deer, birds, tigers, Lion, etc. After finishing your full-day tour you will transfer to the hotel overnight at the hotel.

After breakfast at the hotel then you get ready for your Kathmandu Flight at your flight time. Flight back to Kathmandu with sweet memories. 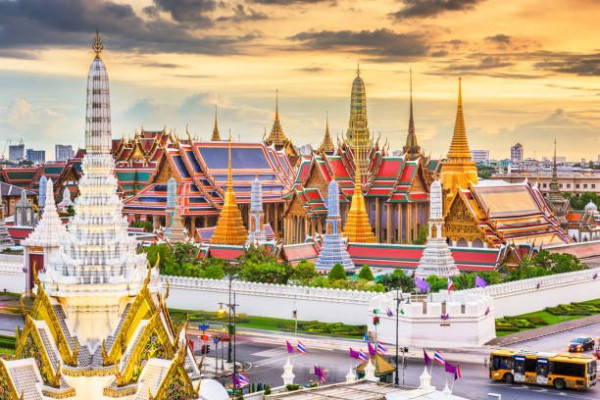 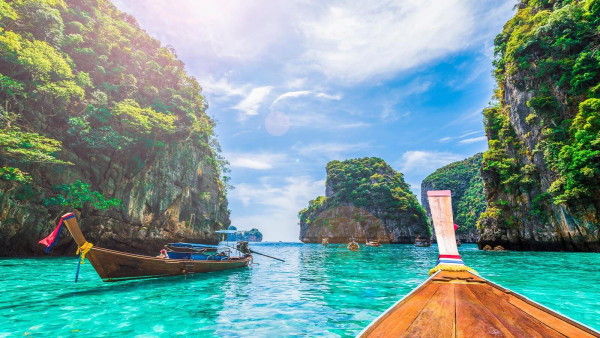